How Cerebral Palsy is Identified and Classified

Cerebral Palsy or CP, is a neurological disability that affects movement, coordination and posture. ‘Cerebral’ refers to the brain and ‘palsy’ refers to a lack of muscle control. CP is a permanent life-long condition caused by damage to the developing brain either during pregnancy, shortly after birth or during a child’s first year of life. CP can affect people in very different ways including their movement, muscle control, muscle coordination, muscle tone, reflex, posture and balance. People who have CP may also have visual, learning, hearing, speech, epilepsy and intellectual impairments.

The exact cause for children developing CP is often unknown. A small percentage of cases are due to complications during birth if a child is deprived of oxygen. CP can also be caused by abnormal development of the brain or by intracranial haemorrhage (bleeding in the brain).

Some risk factors for cerebral palsy have been identified. These include:

Signs and Symptoms of Cerebral Palsy

The signs and symptoms that a child has CP may not always be visible at birth but may become apparent as they develop.

In babies, the signs can be:

In toddlers or children the signs can be:

Diagnosis can take a long time, especially if your child has a mild form of CP. Doctors will be looking at your child’s movement patterns, their reflexes, their muscle tone and posture. If a Doctor suspects your child has diagnosis of CP, this can be confirmed by a brain scan.

Cerebral palsy can affect a person’s posture, balance and ability to move, communicate, eat, sleep and learn. People with cerebral palsy may have uncontrolled or unpredictable movements. Their muscles can be stiff, weak or tight, and in some cases people have shaky movements or tremors. People with severe cerebral palsy may also have difficulties with swallowing, breathing, head and neck control, bladder and bowel control, eating and have dental and digestive problems.

The parts of the body affected by cerebral palsy depends on the level of severity, the area of the brain affected and the combination of symptoms a child presents with. It is very difficult to classify CP due to its varied nature, but the most commonly used classifications understood and used by qualified practitioners take into account severity level, topographical distribution and tone and movement patterns.

CP can be classified as mild, moderate, or severe. Although these are very general classifications, they are useful in generally describing the scope of impairment caused by CP.

Mild: Mild cerebral palsy means a child can move without assistance and his or her everyday activities are not limited.

Moderate: This means a child will need braces, medications, and adaptive technology to carry out everyday tasks.

Severe: This means a child will need a wheelchair and will have significant challenges carrying out everyday tasks. 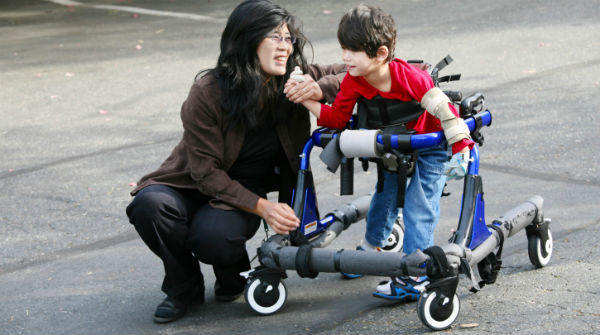 Monoplegia: only one limb is affected

Diplegia: both legs are more affected that the arms

Hemiplegia: indicates the arm and leg on one side of the body are affected

Quadriplegia: means that all four limbs are affected.

Muscle tone can be described as:

Hypertonia/Hypertonic: this is when the muscle tone is increased and limbs can feel stiff to move. Hypertonia is associated with spastic cerebral palsy.

Hypotonia/Hypotonic: this is when the muscle is described as low tone or floppy. Hypotonia is associated with non-spastic cerebral palsy. 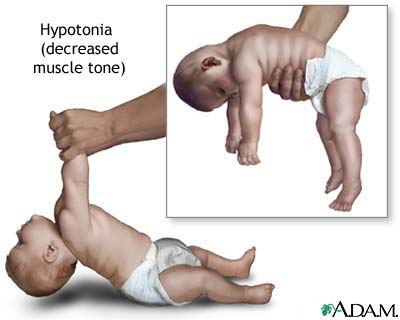 Dystonia/Dystonic: Dystonia is characterised by involuntary muscle contractions that result in slow twisting or repetitive movements, or abnormal sustained postures that are triggered by attempts to move. Children with dystonia tend to extend into the same posture, often their head will turn and their limbs will straighten.

Athetosis/Athetoid: Athetosis is described as slow, large, writhing, involuntary, movements that are present at rest and made worse by attempts to move. Children will experience changes in muscle tone from low tone to high tone. The frequent fluctuations in tone make it difficult for children to start in one posture and sitting and standing can be very difficult.

Are you a parent of a child with Cerebral Palsy? Read more about the role of physiotherapy in improving the quality of your child’s life here: https://www.physiocomestoyou.co.uk/blog/cerebral-palsy-identified-classified/

You can also download our CP info sheet here. 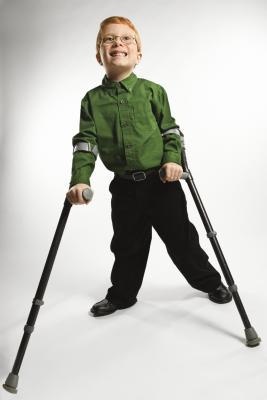 Post by Victoria Healey, Head of Paediatric Physiotherapy at Physiocomestoyou.