How to Prepare for Your Operation

“50% of outcome success is due to the surgeon, the other 50% is due to the patient’s commitment to recovery, and this starts with pre-hab”

Following surgical intervention, individuals are usually sent to a physiotherapist for an exercise program to rehabilitate them over the following three months. This physiotherapy intervention and conditioning training aims to restore the strength and function of the affected limb following the operation. However, over the past decade, the question has been proposed as to why this has to start after the operation has been finished, and why the physiotherapist cannot begin to recondition the affected limb and muscle groups before. 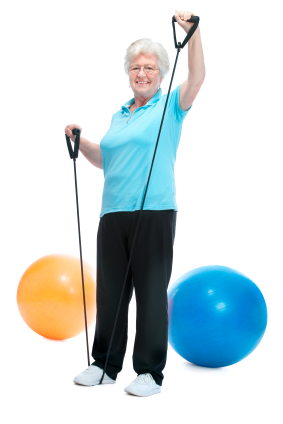 The Benefits of Exercising Before your Operation

‘Pre-hab’ or ‘pre-habilitation’ is defined as “preparing the individual to withstand the stressful event through enhancement of functional capacity”. This works on the school-of-thought that by getting patients able to do more prior to going under the knife, they will be more physically and mentally prepared for the long challenge of physiotherapy ahead.

In recent years, there have been large amounts of studies, which show that starting these exercises around 6 weeks prior to the surgery itself is greatly beneficial. This pre-habilitation has been shown to not only reduce average hospital stay duration, and the time required to return to your normal function, but significantly increases your physical fitness beyond the levels prior to the operation. Pre-habilitation is essentially a ‘running start’ to the race in getting you back to normal function and strength. Extensive research has been conducted in the usefulness of exercise prior to surgical intervention. Gillis et al (2014) performed a trial in Montreal that compared individuals who started exercising approximately 3 weeks prior to surgery, to those who only began exercising following the operation. There was a direct correlation and clear significant differences when each group performed a standardised 6 minute walk test following their surgery. The rehabilitation-only group walked an average of 22 metres less than the patients who started exercising pre-surgery. Furthermore, the pre-hab group walked an average of 23.7 metres further than before their surgery.

Pre-hab is not necessarily just physically exercising to prepare your body. Working with your physiotherapist can also mentally and emotionally prepare you for the effortful commitment required after the operation, as well as managing your expectations and understanding of your body after the procedure. Evidence has also shown that other lifestyle changes, such as quitting smoking and a healthier diet can vastly improve surgical outcomes and reduce the duration and intensity which rehab is required.

The best approach to getting the most out of your surgical procedure is to have individual sessions with your physiotherapist. They can target the muscles likely to be affected by your operation (the ones the surgeon will cut through) and begin to start the exercises required following your surgery. The team here at Physiocomestoyou regularly see patients who have had many different varieties of surgery. We can talk through any of your concerns about the operation and the months following, identifying what you should expect from your rehabilitation. This often puts a lot of our clients’ mind to rest.