How Physio is Used in the Management of Hip Injuries

The hip is one of the more stable joints in the human body. It is one of the least susceptible to injury as the ligaments within in support it extensively. However, the hip structures can still be troublesome when injured, and can cause persistent pain and prevent normal function and movement. In this blog post, our Head of Orthopaedic Physiotherapy Zoe Birch, runs through a few of the structures in the hip and explains how they become damaged, the typical presentations your physiotherapist will look for during diagnosis and the best way of managing your diagnoses.

The joint of the hip is often referred to as a ‘ball and socket’ structure. The spherical head of the hip sits in the ‘cup’ of the pelvis known as the acetabulum, although there is another cartilage structure that deepens the joint and improves the positioning. The cartilage ‘lip’ of the joint is called the “labrum”, and this can become damaged and torn in a similar way to the cartilage of the knee.

The pain of this injury often presents as an ‘ache’ which is situated deep in the hip and refers around into the groin. The pain will normally increase significantly with internal rotation of the hip and adducting the leg across the body.

Similar to the management of knee cartilage damage, physiotherapy is not going to fix the damage caused in the joint but it can reduce the symptoms of the injury by improving musculature support around the joint, and correcting movement patterns which could aggravate the pain or potentially cause more damage within the joint. 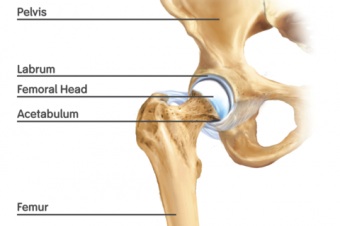 Situated around the body are a variety of fluid filled pockets called ‘bursae’ which provide a cushion between bones and tendons in order to reduce friction. There is a bursa situated under the bony edge of the hip, called the ‘trochanteric bursa’.

These bursae usually prevent friction by acting as a spacer for the tendons and ligaments to stop them rubbing on the bone. However, they can actually become irritated if the tissues above them are particularly tight. One of the structures, which pass over this bursa in the hip, is called the ‘Illiotibial band’, which runs from the pelvis to the shinbone. Illiotibial band irritation presents with tenderness on the outer aspect of the hip and it can often swell and become inflamed, causing more pressure and tenderness.

Physiotherapy aims to stretch out the muscles attached to this large band in order to relieve the pressure on the bursa. If after extensive conservative management, the bursitis is still not being relieved, you may have surgical intervention to remove the bursa in order to reduce the pain symptoms in the hip.

Falls, accidents and other injuries can cause breaks in the bone. The thighbone is the largest bone in the body, and isn’t particularly easy to break, although the neck of the hip joint can be susceptible to breaks. As we age, the quality of the bone reduces which means that it is more likely to fracture. This is why the elderly population are very prone to breaks if after a fall or accident. 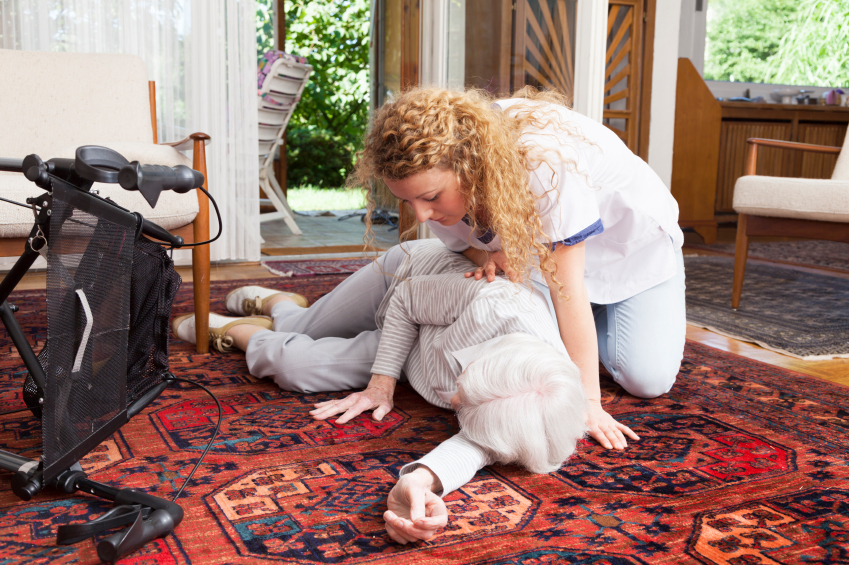 Often, these are managed by having a screw, plate or even a full replacement of the joint to repair the broken area. Physiotherapy will not necessarily aid in the repair of breaks, but they are key in the recovery of the muscle strength following surgical input to the hip.

Physiocomestoyou can provide home-based rehab for injuries to your hip, which can be very beneficial if your mobility is reduced. With injuries to the hip, it is important to have effective physiotherapy rehabilitation in order to restore normal walking patterns and movements at this hip.